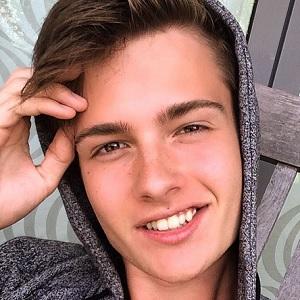 Danish model represented by Diva Models who became popular on Instagram. He posted a #DontJudgeChallenge video that trended worldwide, resulting in a growth of thousands of Instagram followers.

He was just an average teenager before gaining social media attention. He spent his time skateboarding.

He was contacted by the agency Diva Models, who then signed him.

Emil Graae Is A Member Of