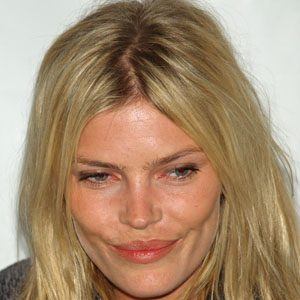 Danish model known primarily for her work with Sports Illustrated and Victoria's Secret.

She was born in Copenhagen before moving to the states to pursue modeling.

She was hit by a garbage truck on 6th avenue in NYC, breaking several bones, including her collar bone and wrist in three places. She ended up receiving a settlement from the City of New York.

She grew up as an only child.

She and actress Lindsay Lohan have both appeared on the cover of Playboy Magazine. She in May 2012, Lohan in December 2011.

May Andersen Is A Member Of