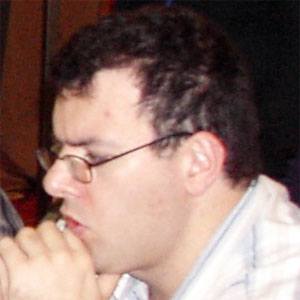 Creative tactician with a never-say-die approach to the game; became a grandmaster and president of the Association of Chess Professionals.

He learned to play chess when he was 4 years old.

Representing Israel, he won gold in the 2010 Chess Olympiad.

His mother was a music teacher, and Emil himself became a bass-baritone singer.

FIDE World Champion Viswanathan Anand said Emil's victory over Danny Gormally at Gibraltar 2005 was the greatest game he had ever seen.

Emil Sutovsky Is A Member Of