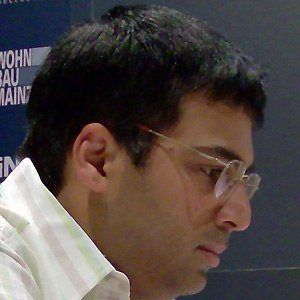 He started playing chess at age 6, after being taught by his mother.

He has won many of India's highest civilian and sports honors, including the Padma Vibhushan and the Rajiv Gandhi Khel Ratna Award.

He has two older siblings, his sister, Anuradha, and a brother, Shivakumar. He married Aruna Anand in 1996. He and Aruna have a son named Akhil.

He attended a presidential dinner hosted by Manmohan Singh in 2010.

Viswanathan Anand Is A Member Of