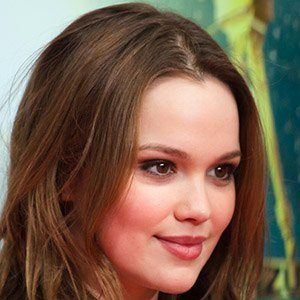 Known for her roles in such German films as Freche Mädchen and Gangs, she also appeared in Meine Wunderbare Familie and other television series. She was nominated for both New Faces and Undine awards.

After attending a talent development workshop in her early teens, she appeared in television commercials for IKEA, Clearasil, and other popular brands.

She lent her voice to the 2010 animated film How to Train Your Dragon.

Though born in Russia, she relocated to her family's native Germany at the age of one.

Her contemporary, fellow German actress Q'Orianka Kilcher (born in 1990), starred as Pocahontas in the 2005 movie The New World.

Emilia Schule Is A Member Of