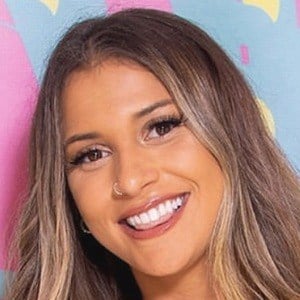 Reality television personality who rose to fame after being cast on the first season of Love Island (US). She entered the villa on the eighteenth day and would go on to finish in fourth place overall alongside Weston Richey.

She attended Binghamton University where she worked part-time as a bartender.

In 2018, she attended the Moonrise Music Festival in Baltimore, MD.

She appeared on the US version of Love Island which was hosted by Arielle Vandenberg.

Emily Salch Is A Member Of