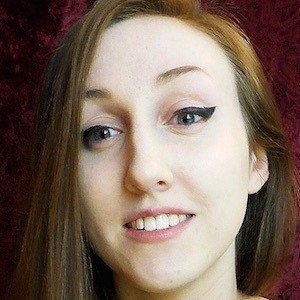 YouTube gamer who is known for her EmSArcade channel. She is particularly known for her gameplay videos featuring her own commentary and personal vlog entries.

Since its creation, her channel has amassed more than 30,000 followers. One of her most popular videos, "Emily Scholz - Other Side Of The Screen (Official Artist Video)," has garnered more than 525,000 views since its June 22, 2015 posting.

She was born in Ohio and raised in Massachusetts.

Her song, "Other Side Of The Screen," was featured in a video by Mark Fischbach, who is better known by his markiplier channel name.

Emily Scholz Is A Member Of