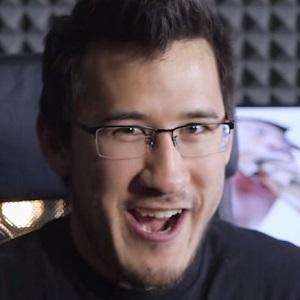 YouTube star named Mark Fischbach who gained fame for his Markiplier channel, uploading videos of him and his friends playing and commenting on video games. His channel has earned over 31 million subscribers. Most of his videos are focused on the game Five Nights at Freddy's, but he also covers other scary games and occasionally posts vlogs and commentary videos.

He originally aspired to become a voice actor.

In 2015, he had emergency surgery and posted a video from his hospital bed which received over 5 million views. In late 2019, he and CrankGameplays launched a YouTube channel called Unus Annus that was focused on experimental and unconventional videos that diverged from their typical gameplay content. The channel received a Streamy Award for Best Collaboration in 2021.

He frequently features his dog Chica on his Instagram. He has an older brother named Thomas. In 2015, he began dating graphic designer Amy Nelson.

He and Rosanna Pansino published a Youtube video of an Urban Dictionary challenge in 2016.

Markiplier Is A Member Of