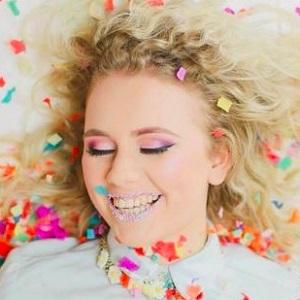 Singer/songwriter and internet sensation known for her mashups and covers. In 2014, she reached #3 in the iTunes Singer/Songwriter rankings with her unique cover of Mumford and Sons' "Little Lion Man," which helped her gain more than 100,000 followers on Facebook.

She wanted to put a video up on Facebook of her singing to share with her friends. To do something different and using three simple chords, she mixed a number of songs to make them fit together. Her friends shared the videos and her mashups would soon go viral.

She has been involved in musical theatre, singing, and hip-hop dancing from an early age.

She was born in Craigavon, Northern Ireland. She has an older sister named Suzie. She frequently posts photos of her and her boyfriend Jordan.

Her inspirations are Ellie Goulding and Beyonce.

Emma Horan Is A Member Of