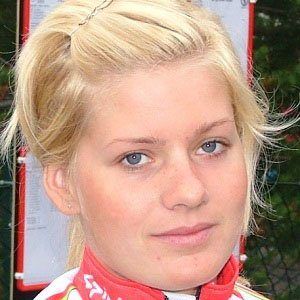 A distinguished professional cyclist, she won silver at the 2008 Summer Olympics in the women's road race event. She also competed in the 2012 Olympics, finishing in sixth place in the same event.

Early in her career, she won first place with the AA-Drink Cycling Team at the 2008 Trophee d'Or Feminin in France.

A native of Solleftea, Sweden, she married a Norwegian professional cyclist named Martin Vestby in early 2011 and settled in Belgium.

Johansson was born in the same year as fellow Olympic cyclist Charlotte Becker.

Emma Johansson Is A Member Of