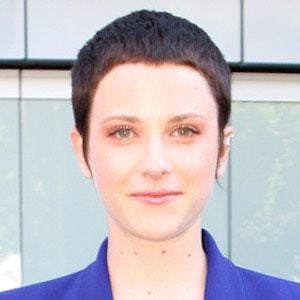 Australian indie pop singer who first earned acclaim in 2011 for her EP Full Hearts and Empty Rooms. Her debut album, Vs Head Vs Heart, was released in 2013. She is a multiple-time Queensland Music Award winner and was nominated for Best Female Artist at the 2013 ARIA Awards.

She grew up in Cairns, Australia and began receiving airplay with the single "Jungle," which peaked at number 3 on the French Singles chart.

A 2013 Wankelmut remix of her song "Jungle" went Double Platinum.

Her father was a firefighter.

She opened for British superstar Sam Smith during his In the Lonely Hour Tour.

Emma Louise Is A Member Of