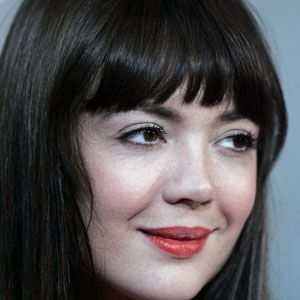 Best known for her roles in the Australian films Peaches (as Steph), 48 Shades (as Naomi), and Triangle (as Heather), this popular actress also appeared in the Australian Broadcasting Corporation (ABC) series The Straits.

She spent her high school years at both the Newtown High School of the Performing Arts (in Sydney, Australia) and the Professional Performing Arts School (in New York City, U.S.A.).

In 2007, she earned both a Logie Award and an Australian Film Institute Award nomination for her work in the acclaimed film The Jammed.

She grew up in Sydney, Australia, as the daughter of a Chinese-Australian father and a Scottish-French mother.

Early in her career, she co-starred with Matt Passmore in a briefly-aired series titled The Cooks.

Emma Lung Is A Member Of