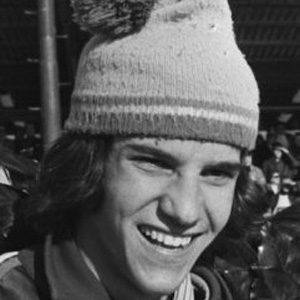 In the 1980 Olympics in Lake Placid, New York, he won all five individual speed-skating gold medals, breaking a standing record.

He would practice in his house with a plastic sheet, skating in place while wearing socks.

He was widely considered to be the greatest U.S. Olympic speed skater of all time, breaking over 10 world speed-skating records.

He married Karen Drews, with whom he fathered a daughter, Zoe, in July of 2001.

He was to speed skating what Michael Phelps became to swimming; they both set records for their country at the Olympic games.

Eric Heiden Is A Member Of