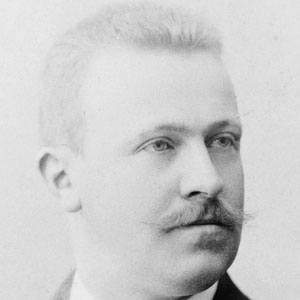 Famed geographer and geophysicist famous for his expedition to unknown parts of Antarctica aboard the vessel Gauss. He and his party were trapped by ice in the region for fourteen months during the expedition.

He earned his doctorate from University of Konigsberg and was an assistant at the Geodetic Institute.

Many locations have been named in his honor, including Drygalski Island, Drygalski Glacier, and the Drygalski crater on the moon.

He had been married.

He and David Harvey are both famous geographers.

Erich Von Drygalski Is A Member Of