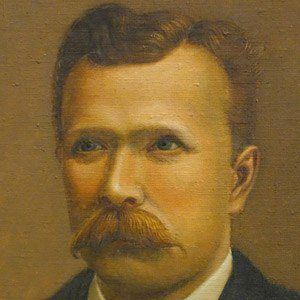 Geologist, anthropologist, and engineer who invented the seismograph. He also studied and advanced research in the prehistoric peoples of Japan.

He traveled from Newfoundland to Funk Island to Arabia, doing mineral analysis along the way.

While working as a mining engineer searching Newfoundland and Labrador for coal, he wrote papers on geology.

His father was named John Sr. and he was an only child.

He was one of the few people, along with Clint Eastwood, to be awarded the Order of the Rising Sun, Third Class.

John Milne Is A Member Of