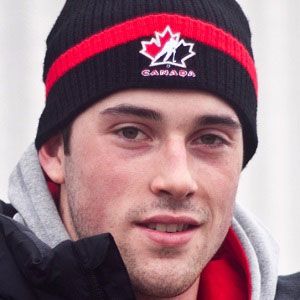 One of the top three selections by the Florida Panthers in the National Hockey League's 2010 Entry Draft, this Canadian ice hockey defenceman also briefly played for the AHL team the San Antonio Rampage and had a three-year career with the Ontario Hockey League team the Kingston Frontenacs.

Before being drafted by the OHL, he played for the Gloucester Rangers and the Ottawa Jr. 67's.

Playing for Team Canada, he won silver in the 2011 World Junior Championships.

Born in Orleans, Ontario, Canada, he grew up with brothers named Alex and Dennis. Also a hockey player, Alex Gudbranson began his career with the Kingston Frontenacs and then joined the American Hockey League team the Iowa Wild.

He and Aaron Ekblad became teammates on the Florida Panthers.

Erik Gudbranson Is A Member Of