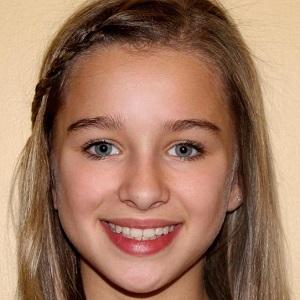 Actress who had her breakout performance playing Dark Alessa, Alessa Gillespie and Sharon DaSilva in the 2012 horror film Silent Hill: Revelation. In 2014, she played the title character in the TV movie Isabelle Dances Into the Spotlight.

Her screen debut came in a toy commercial for Paperoni in 2008, and from there she landed a part in the movie Camp Rock 2.

She appeared on the cover of Fangoria magazine in character as Dark Alessa from Silent Hills. She played the character Evie on the TV series Mike the Knight from 2011 to 2013.

She grew up in Hamilton Ohio, with her five brothers and sisters.

She co-starred with Adelaide Clemens in Silent Hill: Revelation.

Erin Pitt Is A Member Of