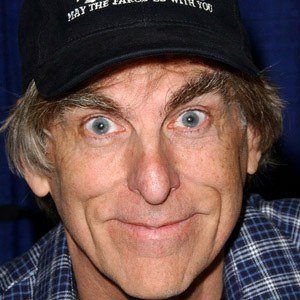 Reclusive director of satirical shorts and parody films such as Hardware Wars, which was based on Star Wars.

He co-created 20 original animated films for Sesame Street when his career started in the 1970s.

He was born in San Francisco.

He passed on the opportunity to direct Pee-Wee's Big Adventure starring Paul Reubens.

Ernie Fosselius Is A Member Of