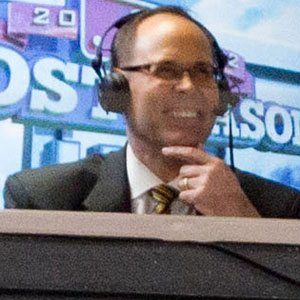 Basketball sportscaster alongside Charles Barkley and Kenny Smith on the 'NBA on TNT.' Along with working as a host on various NBA related television shows, he is also a published author.

He received his first sports radio job for a local station in 1977, while attending the University of Georgia.

He won a Sports Emmy in 2002 for Outstanding Sports Personality, Studio Host. In March 2022, he was in Miami to celebrate Shaquille O'Neal's 50th birthday. Early in his career, he called games for the Atlanta Braves with his father, Ernie Sr., who was also a sports broadcaster.

His father Ernie Johnson Sr. was an MLB pitcher.

He worked alongside Cal Ripken Jr. as the co-studio host of TBS's 2010 MLB Playoff coverage.

Ernie Johnson Jr. Is A Member Of