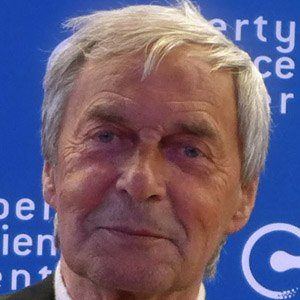 Hungarian architect and professor of architecture most notable for inventing the Rubik's cube in 1974. He works in video game development and in 2010 he received The Hungarian Order of Merit Cross of the star.

He was the editor of a game and puzzle journal.

He founded the International Rubik Foundation to support young talented engineers and architects.

His parents were named Magdolna Szanto and Erno Rubik Sr. He married Ágnes Hégely. He has one son, Zoltan.

Celebrities who are good at the Rubik's Cube include Justin Bieber.

Erno Rubik Is A Member Of