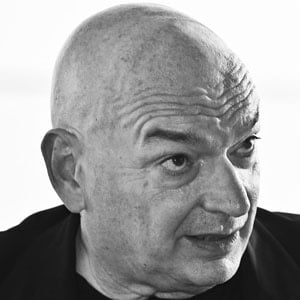 Awarded the Pritzker Prize in 2008 for his work on over 200 projects; co-founded Mars 1976 and Syndicat de l'Architecture. He was also given the Wolf Prize in Arts in 2005, and the Institut du Monde Arabe that he designed was awarded the Aga Khan Award for Architecture.

He studied at the Ecole des Beaux-Arts in Paris; his first prize was from the national competition, the École nationale supérieure des Beaux-Arts. He was an assistant to architects Claude Parent and Paul Virilio from 1967 until 1970.

His most famous works included the Arab World Institute in Paris and the Guthrie Theater in Minnesota.

His parents, Renée and Roger Nouvel, were both teachers and were living in Fumel, Lot-et-Garonne, France, when he was born. They moved a great deal because of his father's position with the county as chief school superintendent. His decision to study architecture was a compromise with his parents, who were unsure of his desire to study art and wanted him to go into engineering or education.

He and Le Corbusier both became world-famous French architects.

Jean Nouvel Is A Member Of