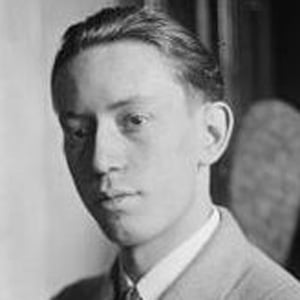 Prominent concert musician in the 1920s who became known for his unique musicality, technique, and erratic behavior.

He debuted at Carnegie Hall in 1920 where he was equally praised and chastised by critics for his imaginative interpretations of well-known compositions.

He himself was also a composer, writing such pieces as Goetz Versus the Punks, It's Nice to be Soused, Shotgun Wedding, and Vanishing Hope. They were rarely published or performed.

His father Ignácz was a singer with Budapest's Royal Opera Chorus and encouraged his son's early passion for music. Ignácz died when his son was only 12.

He worked briefly in film, becoming friends with such legends as Gloria Swanson.

Ervin Nyiregyhazi Is A Member Of