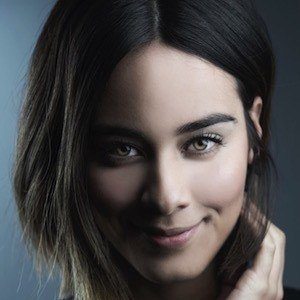 Mexican actress who became known for her roles in La vecina, Abismo de passion, and Verano de Amor, among other telenovelas. She was also in the stage play, Palomita Pop.

She competed in the 2007 Nuestra Belleza Mexico beauty pageant and went on to study acting at the Centro de Educación Artística.

She was cast in 2012 as the antagonist, Mara Magana, in Cachito de Cielo, a popular telenovela.

She and her contemporary Ana Contreras both became known as Mexican telenovela actresses.

Esmeralda Pimentel Is A Member Of