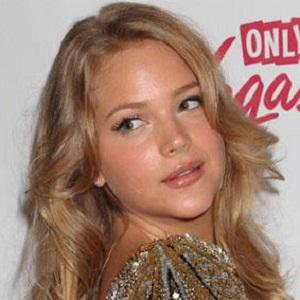 Israeli model most known for her campaigns with Burberry, Pull and Bear, and FCUK.

She started modeling when she was eight, booking a milk advertisement. She signed with major agency Elite Models, a few years later.

Despite working as a model, she enlisted and served time in the Israeli Defense Forces, and she would later openly criticize fellow Israeli model Bar Refaeli for deferring her duties to jet set and travel.

She made her film debut in the movie Twelve, directed by Joel Schumacher.

Esti Ginzburg Is A Member Of