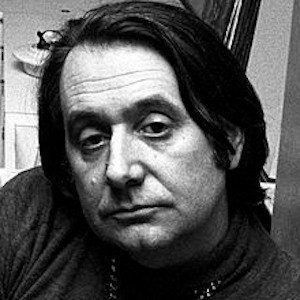 Created furniture, typewriters, jewelry, and lighting fixtures in the 20th century; helped design the first Italian mainframe computer, the Elea 9003, which won the 1959 Compasso d'Oro; known for his work as a design consultant for Olivetti.

He attended the Polytechnic University of Turin, from which he graduated with an architecture degree in 1939. He was captured in World War II after enlisting in the Italian military; he was imprisoned in a Yugoslavian concentration camp.

He authored "The Curious Mr. Sottsass: Photographing Design and Desire" in 1997.

He was raised in Milan, where his father worked as an architect.

He and some fellow architects were listening to Bob Dylan's "Stuck Inside of Mobile With the Memphis Blues Again" in 1981 when they decided to start a collective called the Memphis Group. The group created 40 pieces of fluorescent artwork.

Ettore Sottsass Is A Member Of