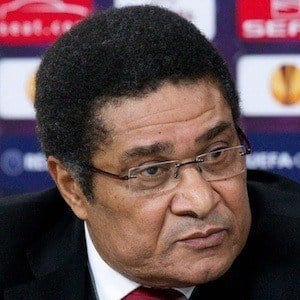 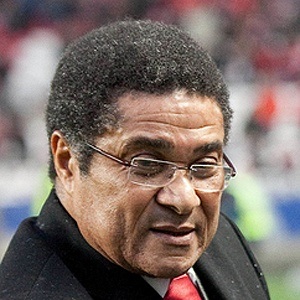 Nicknamed the Black Panther, he was one of soccer's most prolific forwards; named European Footballer of the Year in 1965.

He began his professional career at age 15 with Sporting de Lourenco Marques.

He was inducted into the FIFA International Football Hall of Champions and was named one of the top 10 players of the 20th century by IFFHS and World Soccer Magazine.

He married Zenobia da Silva, also known as Flora, in 1965. The couple had two daughters, Sandra and Carla, and later, two grandchildren, Luis and Carolina.

He and Pele are considered among the best soccer players of all time.

Eusebio Is A Member Of