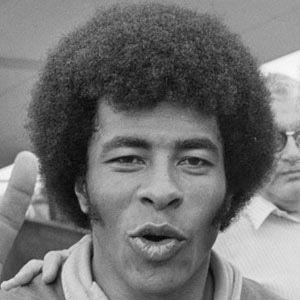 Brazilian legend who led the iconic Brazilian national team to victory at the 1970 World Cup and is credited for discovering another Brazilian legend: Ronaldo. He starred for Botafogo for 16 years, scoring 186 goals in 413 appearances.

He grew up idolizing Brazilian star Garrincho and debuted professionally in 1959.

He scored in every round of the 1970 World Cup, seven goals in all, and did it after recovering from a broken right leg.

He grew up in the soccer-obsessed capital of Brazil, Rio de Janeiro.

He was listed the 27th best player of the 20th century by World Soccer magazine, just ahead of Zinedine Zidane.

Jairzinho Is A Member Of