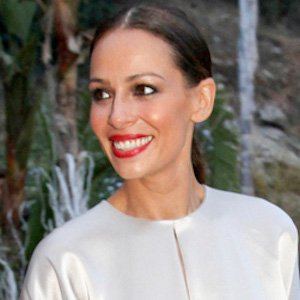 Best known for winning the title of Miss Spain 2003, this runway model also competed in the Miss Universe pageant. Also a television host and actress, she became known for her work on MasterChef, Supervivientes, and several other programs.

She won the title of Miss Spain when she was twenty-two years old.

She played the starring role in a Spanish situation comedy called La Tira.

She was born and raised in Seville, Spain.

She and Patricia Rodriguez were both winners of the Miss Spain competition (in 2003 and 2008, respectively).

Eva González Is A Member Of