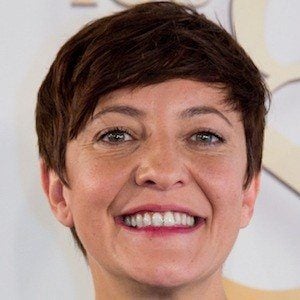 TV host and actress known for her time hosting Noche Hache as well as serving as a judge on Got Talent España. She was also part of the Spanish Saturday Night Live.

After studying English, she started acting in theatre and performing standup comedy on Spain's version of Comedy Central. Her success led to a role on the show Fuentes y Cia.

in 2016 she was cast in the starring role of Rebecca Miller on the show Web Therapy. She was named Best Entertainment Program Communicator by the Academy of Television in 2005.

She grew up in Segovia, Spain.

Eva Hache Is A Member Of