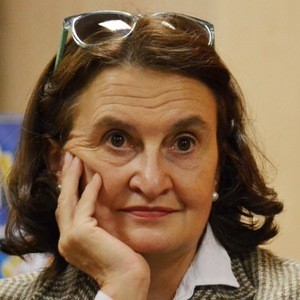 Czech actress who's best known for her work as Vašíčková in HBO Europe's mini-series Wasteland and as Kveta Laskonová in the 2000 film Eeny Meeny. She has appeared in The Good Plumber and Skrítek.

She started her career by playing Hanka in the film Kopretiny pro zámeckou paní in 1981.

She won the 2000 Czech Lion Award for Best Supporting Actress for her performance in Ene bene.

She married Miroslav Zdeněk in 2009. She has two children, Adam and Karolína.

Both she and Agata Hanychova are actress born in Prague, Czech Republic.

Eva Holubova Is A Member Of