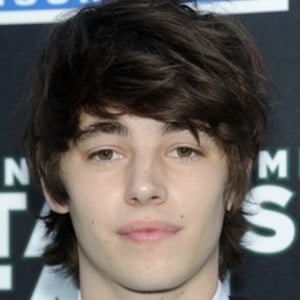 American actor best known for his roles on The Carrie Diaries as Miller and MTV's Awkward as Theo.

One of his first roles was in a short film called North Blvd. He reprised his role years later for a feature film version of the short.

He has been featured in commercials for Taco Bell and Coca Cola. In print, he has worked with brands including Abercrombie & Fitch, Pottery Barn Teen, Sony and EA Sports.

He was featured in MTV's Awkward starring Jillian Rose Reed.

Evan Crooks Is A Member Of