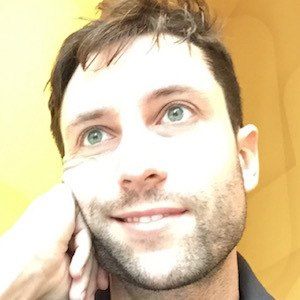 Snapchat superstar who rose to fame on the ephemeral video app creating intricate artistic creations for his thousands of followers. His unique works created in-app have earned him jobs creating Snapchat artwork and stories with companies like Disney, NBC, and AT&T.

Before becoming a influencer on Snapchat, he worked for several years as a mechanical engineer. Once he saw the potential of Snapchat and the huge fan engagement, he put engineering to the side and decided to pursue Snapchat full time.

He is a native of Boston, Massachusetts.

Both he and Shaun McBride both worked on Snapchat's first scripted series Snapper Hero.

Evan Garber Is A Member Of