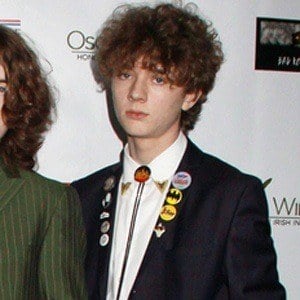 Irish professional drummer who is best known for playing the instrument with the Irish rock and roll band The Strypes. The band released their debut studio album Snapshot in September 2013 and it hit the #5 spot on the UK music charts.

He co-founded the band in 2010 for a school related Christmas concert.

In 2014 he signed a major label recording contract with Universal Music.

Both he and guitarist Josh McClorey performed with The Strypes.

Evan Walsh Is A Member Of