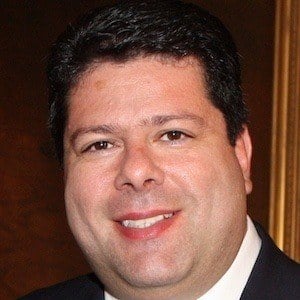 Politician known for being the Chief Minister of Gibraltar. He was first elected to the position in 2011 and easily won reelection in 2015.

He attended law school at the University of Oxford and went on to work at Hassans International Law Firm, where he would eventually become a partner.

He married Justine Olivero in 2011 and he has two sons.

Fabian Picardo Is A Member Of