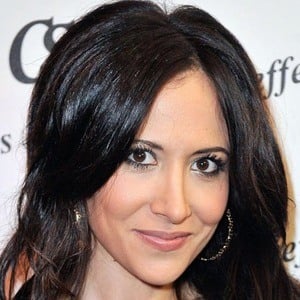 French actress who is best known for playing the role of Samia Nasri in the long-running TV series Plus belle la vie. She has also appeared in Course contre la montre and Fête de famille and she competed in season 6 of the French series Dancing with the Stars, reaching the quarterfinals.

One of her earliest acting jobs was in the 2004 film Last Chance Saloon.

She and Berenice Marlohe are both popular French actresses.

Fabienne Carat Is A Member Of