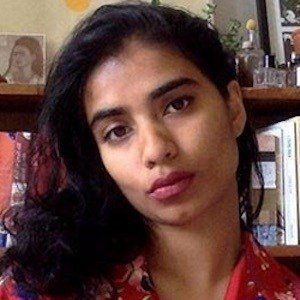 Widely known for her time as a cultural and film blogger for The Huffington Post. She began her time there in 2012, and published her first post in January 2013.

She earned her first professional writing job as an intern for Stylelikeu in 2010. She then worked as a copywriter for Groupon beginning in 2011.

She has also worked as a film critic and freelancing writer for indieWIRE. She has also created and hosted her own podcast called "Two Brown Girls."

She is of southeastern Asian descent. She has written about both of her parents in articles for various publications, including Thought Catalog and Hazlitt.

She wrote a film review for the 2013 documentary Anita, which told the true story of Anita Hill's life, for The Huffington Post.

Fariha Róisín Is A Member Of