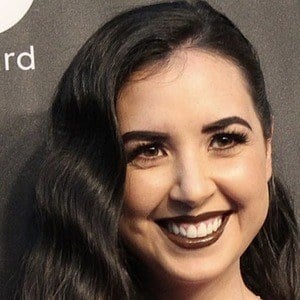 Mexican actress who is best known for her appearances in a variety of soap operas including the 2016 series Corazón que Miente as well as the 2013 series La Tempestad.

She first began her career in acting by appearing in a variety of children's telenovelas such as Cuento de Navidad and El diario de Daniela. She then began starring in several soap operas and become more recognized for her variety of roles.

She has received a variety of awards for her appearances in several series including her performance in the telenovela Soy tu dueña. She won the TVyNovelas award for "Best Female Performance" in 2011 for the series.

As a star in the 2016 series Corazón que Miente, she stars alongside Thelma Madrigal and Pablo Lyle.

Fátima Torre Is A Member Of