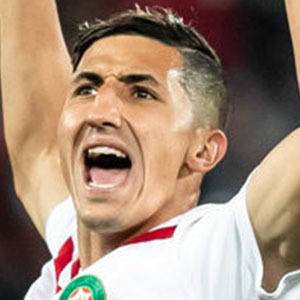 Attacking midfielder who has gained fame for his top-flight international club career, including for Caen of France's Ligue 1. He also played in Spain's La Liga for Getafe CF in 2017-2018.

He played in Sotteville-Lès-Rouen's youth academy between 1994-2000. He later made his pro debut in 2006 with Oissel.

He played for Morocco's senior national team at the 2018 FIFA World Cup. He won the Africa Nations Cup with Morocco in 2018.

He was born and raised in Rouen, France.

He and Nabil Dirar have played as teammates for Morocco.

Faycal Fajr Is A Member Of