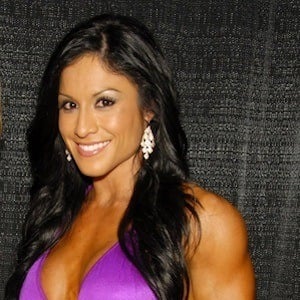 Fitness instructor who is known for her personal online training. After training and competing, she eventually received a pro card for the International Federation of Bodybuilding.

Growing up playing a variety of sports, fitness had always been a big part of her life. She then attended Arizona State University, where she continued to play sports. After taking the LSAT and realizing law school wasn't for her, she opened up her first gym and continued to progress in the fitness world.

She has been featured on several cover of fitness magazines including Oxygen Magazine and Flex Magazine.

She was born and raised in Arizona.

As a female fitness trainer, she can be seen in relation to others in the same field including Jillian Michaels, Kayla Itsines, and Jackie Warner.

Felicia Romero Is A Member Of