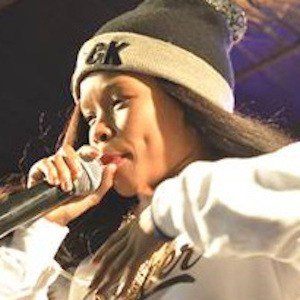 South African rapper whose breakthrough single, "Chechella Morao," was released in 2010. She is a popular artist in the hip-hop sub genre known as Motswako and has been dubbed "The Queen of Motswako" by the South African music press.

She graduated from Batswana High School in Mahikeng, South Africa and later studied Media at Boston Media House. She was originally an R&B singer.

Her real name is Refilwe Boingotlo Mooketsi. She is the youngest of three siblings. She has a son named Resego.

Fifi Cooper Is A Member Of