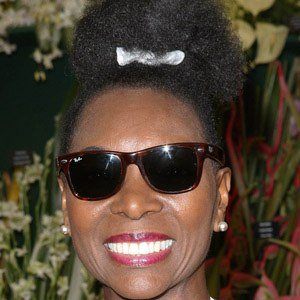 Author and singer who became known as a presenter on children's programs like Play School.

She worked at a bank while attending night school, then began working as an actress in West End musicals.

She has held many offices in her life, including Chairman of BAFTA and Governor of the National Film and Television School.

She had a small role in the film Run Fatboy Run, starring Simon Pegg.

Floella Benjamin Is A Member Of