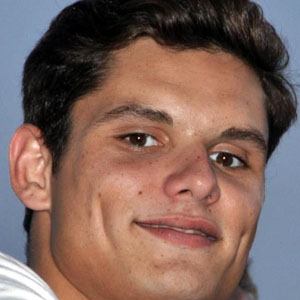 French world champion swimmer who took home the gold medal in the 50-meter freestyle at the 2012 Olympic Games. He later won four gold medals at the 2014 European Championships in Berlin.

He became the Junior Champion in the 50-meter freestyle in 2007.

For his exceptional performance in 2012, he received the Knight of the French National Order of the Légion d'Honneur.

He finished ahead of American swimmer Cullen Jones at the 2012 Olympic Games.

Florent Manaudou Is A Member Of