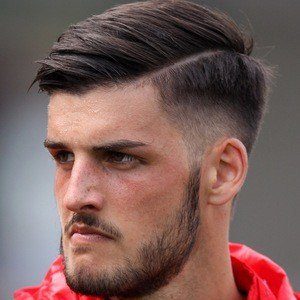 Midfielder who is widely known for his aggressive attacking style. During the 2015-2016 Bundesliga season, he made his first team debut for SV Werder Bremen.

He played youth soccer in Austria, including for the clubs SVSF Pottschach and St. Pölten.

He earned the Man of the Match distinction following Werder Bremen's October 2015 victory over 1. FC Köln. He was highlighted as a bright spot for Werder Bremen during the 2015-2016 season by BundesligaFanatic.com.

He has played on the attack for Werder Bremen alongside Aron Johannsson.

Florian Grillitsch Is A Member Of