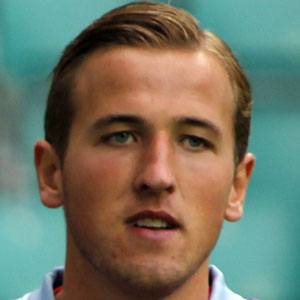 Forward who began his professional career with Tottenham Hotspur in 2009. He was named PFA Young Player of the Year after scoring 31 goals during the 2014-15 season. He made his debut on the English national team in 2015 and he won the Golden Boot as the top scorer in the 2018 World Cup.

He grew up alongside his brother Charlie. He and Katie Goodland welcomed a daughter named Ivy Jane on January 8, 2017; they became engaged later that year in July and married in 2019. In August 2018, they welcomed their second child together named Vivienne. Third child, a son named Louis, was born on December 29, 2020.

He and Steven Caulker became teammates on Tottenham Hotspur.

Harry Kane Is A Member Of