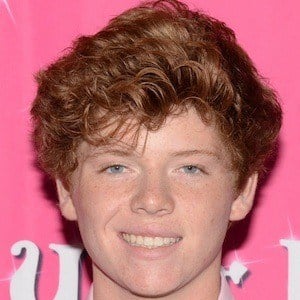 Best known for his role as Tank in The 5th Wave, he would book a part in another 2016 film called Hot Summer Nights.

He started acting on stage when he was seven years old in Atlanta, Georgia where he was discovered by a casting agent.

He had a guest role of the hit Showtime series Shameless.

He is the older brother of Logan, Shea and Lia McHugh, all of whom are actors as well. His father was a pitcher in the minor league system for the Texas Rangers.

He was featured in the Chloe Grace Moretz-starring film The 5th Wave.

Flynn McHugh Is A Member Of