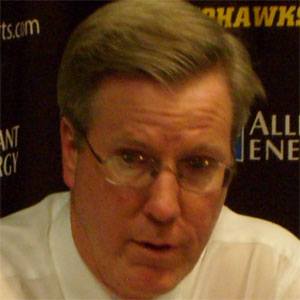 He played college basketball for one season at Wake Forest and then transferred to Penn.

He was also the head coach at Lehigh, Siena, and North Caroline Greensboro.

He and his wife Margaret have four children together.

He coached the Hawkeyes who John Johnson played for.

Fran McCaffery Is A Member Of