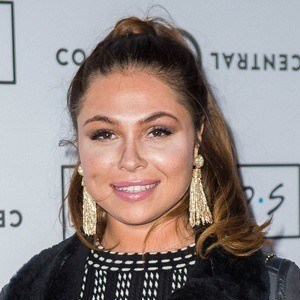 Famous for her appearances on the ITV2 reality series The Only Way Is Essex, she also attracted a significant social media following. She has accumulated over 220,000 followers on Twitter and more than 280,000 followers on Instagram.

She joined the cast of TOWIE in 2014, during the show's eleventh series.

While on TOWIE, she began a relationship with her castmate James "Diags" Bennewith. They broke up in 2017.

She and Dan Osborne both rose to fame on the popular reality soap opera The Only Way Is Essex.

Fran Parman Is A Member Of