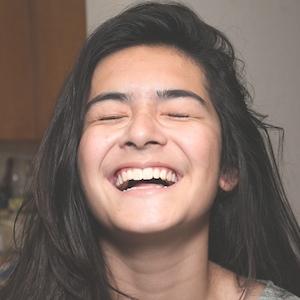 Also known as Fran, she is a popular YouTuber who does acoustic covers and the occasional vlog on her channel hellofransays.

She created her channel during her freshman year of high school and posted videos while also participating in sports and other extracurricular activities.

She performed at Vidcon in 2014 at the Open Mic stage.

She has a younger brother named Jacob.

Her most popular video is a cover of her friend Troye Sivan's song "Happy Little Pill."

Frances Gabrielle Is A Member Of