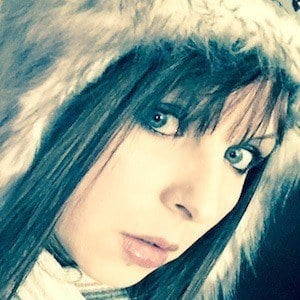 Model, photographer, and cosplayer, she was one of the most international cosplay models from the late 90s through 2010. In 2010 she retired to become a photographer and works on her line of gothic-inspired jewelry called My Bones.

She entered a cosplay competition and realized that she could make a living off of it. She created her website in 1998 and became internationally known as a cosplay model. In 2002, her website became a pay website and she began modeling in more revealing outfits.

Due to her online success, she was also featured in magazine's all over the world, including Maxim. She became a spokesmodel for the costume manufacturer Bodyline and appeared in the 2002 Japanese film Sekai Marumie.

She was born in Florence and returned there to focus on her jewelry designing and photography careers. She has a few pet cats, whom she features heavily on her Instagram account.

Her success was built upon her career as a cosplayer like Myrtle Sarrosa.

Francesca Dani Is A Member Of