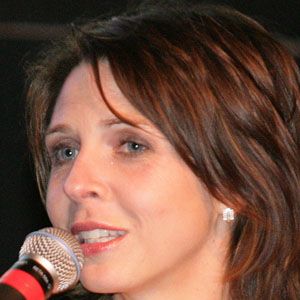 Most famous for her starring role in the 1998 film When the Light Comes, this Belgian entertainer also became known for hosting her country's version of Dancing with the Stars.

She earned degrees in economics and politics from the Catholic University of Leuven and received her acting training at London's Mountview Theatre School.

She acted in episodes of the Belgian television shows Baantjer and LouisLouise.

She grew up in Zonhoven, Belgium, as the child of a social worker and an economist. She once was in a long-term relationship with Karl Symons.

She and Australian television personality Sonia Kruger hosted their countries' respective editions of Dancing with the Stars.

Francesca Vanthielen Is A Member Of